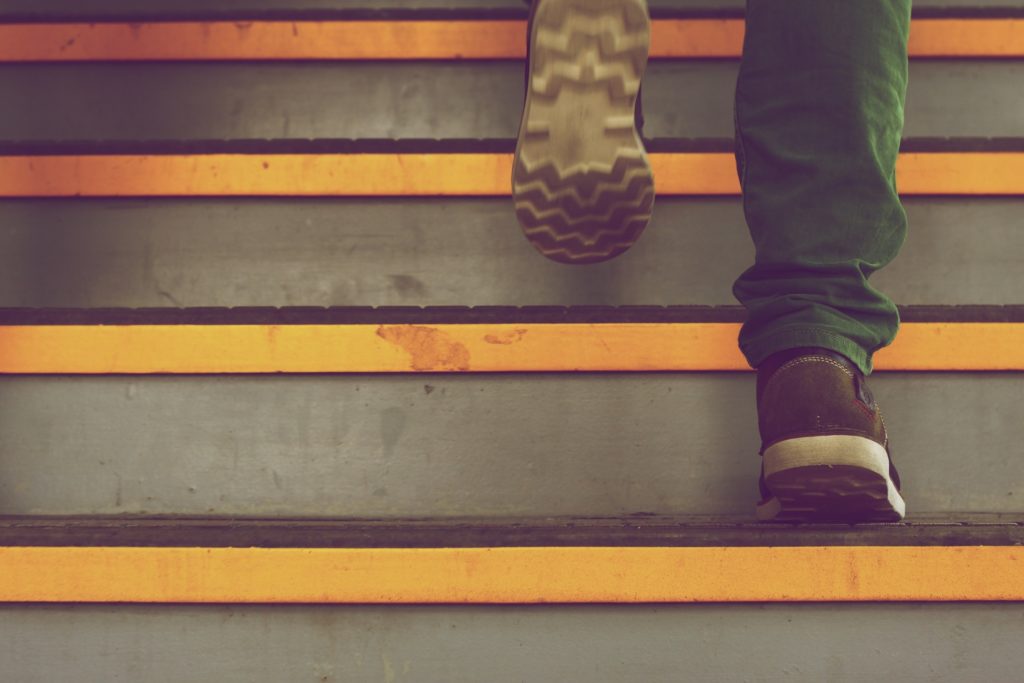 I sometimes almost vomit when I read school websites, and in my current role I do quite a bit of that. In scouring the world for cutting edge innovation, I track down leads that emerge from Google searches, such as Innovation awards lists and referrals from colleagues. The reason for my repulsion is the use of hugely aspiration language around various (non) innovative programs, putting the student at the centre of all we do,  preparing students for the future and at its most audacious claiming to “future proof” students.

Without doubt such schools, and their marketing teams, are well intentioned, and that much time and effort has been spent on getting the wordage just right, but almost without exception there is no plan, no steps to reach this grand vision other than enthusiasm. The walk, the culture, does not match the rhetoric. Even a cursory desktop investigation reveals the same old paradigm of teacher led, ‘do-to-you’ education, limited student agency, parent as customer, no deep integration with community, an emphasis of order, hierarchy and systems so unlike the organic free flowing, rapidly changing environment of today, let alone the future. Most schools are simply doing the same old stuff with minor tweaks here and there.

Segway to my experiences of LinkedIn of late. I publish, but rarely read given that annoyingly the platform does not support text to voice to better service my dyslexic brain. However, recently I posted a question, a challenge rather than an opinion. “Can education really Future Proof students?” To my delight what followed was a cascade of well reasoned positions. I was so delighted, my own views helped to evolve by reading the contributions to a professional discussion, that I felt inclined to share their distilled wisdom, with appropriate acknowledgements.

“Define future?” asks Michelle Williams, “ A five year plan future? – potentially …. but a ‘whole of career’ future? – no – not even with the notion of ‘transferable’ and ’21st Century’ skills. We never fully transfer schema – we can apply schema to situations that are similar and incrementally different, but there is always a new learning required for a new situation, dynamic or era.” Michelle makes a good point that our notion of ‘ready for what’ future is limited to our current reality. How many people in their eighties, for whom electricity in the home was a paradigm shift, could have contemplated the internet, much less the internet of things?

“I’d say that future proofing, future readiness and even navigating the future are all very passive frames, where the future is set up as an inevitable thing that’s going to happen to students, and they need to be protected from it or prepared for it. Given the world today’s students are inheriting, let’s get them ready to navigate the future for sure, but let’s also support them to demand, design, and build a better future, because they’re going to need to! Said Matt Norman.

Nick Burnett observed, “it’s such a negative framing of the future as something to be frightened of. Personally, I prefer future-fit, as it’s about skills and competencies that enable students to thrive including agility and adaptability – knowing how to learn, unlearn and relearn.” I think Nick makes a great point, there is so much adolescent anxiety out there about the media’s portrayal of the future already. What is the point adding to it.

“The ‘proof’ word has connotations of logical certainty, which is clearly not a feature of the future; but might have been a phrase meant to capture ‘flexibility’ when paired with the word ‘future’ and that’s not a bad idea. Maybe we should prepare minds for flexible thinking when facing uncertainty, but that is not such a good bumper sticker.” commented David Gibson.

Dr Anna Dabrwoski asked “ Ooh can you tell me how education can future proof adults too then? That’s a professional development activity worth paying for.”

Paula Dunn points out, “Education comes in many forms so diversify how you learn is my key tip to Future Proofing yourself.” We often use the term education as a synonym for schooling, yet when you do the maths, schooling in Australia occupies only 17% of a young person’s waking hours. It’s hard to say that students do not learn a significant amount from the other 83% of their waking hours. I appreciated how Paula’s comment emphasises the correct locus of control of keeping ourselves future proof. Young people need to be supported to take on this agency at an age where they can still receive support from trusted and capable adults.

Jon Yeo offers, “If by education you mean knowledge, then no. If you mean by the way we think (1st principles, unconscious bias, systems thinking) then I think we’re in with a chance.”

Eddie Blass, concludes, “In the field of Foresight the discourse is about possible, probable and preferred futures and I think it is possible to educate people in the skills required to understand what these might be;  once you have that skills set, you can set about creating an alternate future, as the future doesn’t exist yet, so in theory I would say ‘yes’ we can ‘future proof’ students by educating them in how to research and keep abreast of the three types of futures noted above, and then develop a mindset to enable them to proactively lead in creating the future they want to see.  Of course this needs resilience and lots of other personal development to help people navigate their course, and have the adaptability to pivot and change as and when they realise the future is not quite as anticipated. Being able to find personal certainty in an uncertain world is part of it. … I wonder if we would struggle with the question if education was not embedded in our model of ‘schools’?”

“Maybe this issue is present-proofing? A lot of what I’m seeing as ‘future proofing’ students seems to be strangely close to ‘teaching students to survive in a broken system’” comments Will Dayble.

Challenged by my colleagues, and given what I observe in schools around the world, I think that the notion of future proofing is a significant overreach. We need to focus on supporting students to live well in the present, rather than looking on them as a semi formed future product. I have a similar concern with a new trend emerging in schools attempting to describe the ‘X College Graduate Profile’, a picture of the skills and attributes of the young people that will emerge from their production line. Surely there should be as many different graduate profiles as a school has students? The future will most certainly privilege unique combinations of skills and talents not a close adherence to the same list of skills and attributes as millions of other ‘individuals’. Rather than future proofing, let’s support them to be “present and involved” as a starting point.